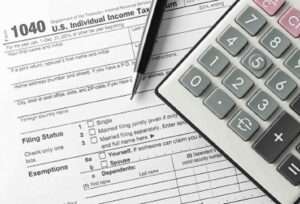 Jonathan Adler (co-blogger) notes that the US Court of Appeals, Second Circuit rejected a lawsuit brought by four blue states against the limitation on federal tax deductions for local and state taxes. It is likely that this decision will end the misbegotten litigation.

The Congress, then controlled by the GOP, capped this deduction at $10,000 for individuals and married couples who file jointly and $5000 for those filing separately.

Rich taxpayers in high-tax areas are immensely benefited from the SALT deduction. The top 20 percent of income earners receive 96%, while the rest go to the richest 1%. This deduction acts as a federal subsidy to very wealthy taxpayers who are high-taxed and profligate state governments.

Progressives don’t normally support targeted tax deductions to the wealthy. This tax cut benefits some important Democratic constituencies, as well as many blue state governments. Many Democrats have attempted to remove the cap and a group of blue states brought a suit to do so in 2018.

Plaintiff states presented a range of inventive, but weak legal arguments to argue that the cap was in violation of the Tenth, Sixteenth, and Constitutional Amendments. They also claimed that it “coerced” states unconstitutionally. The prospects of the lawsuit being filed by four states in 2018 was something I doubted.

Others were less complimentary. Prominent left-wing legal analyst  Ian Millhiser  called it “one of the stupidest lawsuits of the Trump era.” Andy Grewal, University of Iowa Tax Law Scholar wrote that it “[i]If this lawsuit is successful, I will upload a video showing me eating each page of the Internal Revenue Code one by one.

Federal district judge J. Paul Oetken was appointed by Obama in 2019. He ruled against plaintiff states. Their case had several weaknesses highlighted by his opinion. A Second Circuit panel of Democratic appointees reached the exact same conclusion for the same reasons. Jonathan Adler extracts portions of an opinion by Judge Raymond Lohier, also an Obama appointee.

Let me draw your attention, Mr. Smith’s assessment of the “coercion” argument used by plaintiffs:

A condition that violates the Tenth Amendment has been deemed unconstitutionally coercive by the Supreme Court only once. The Supreme Court has never ruled on a condition that is unconstitutionally coercive in violation of the Tenth Amendment. NFIB [v. Sebelius]Congress is “threatened”[ed]You can withhold all Medicaid grants from the State unless you accept them.[ed] . new new[,]  expanded funding and complie[d]With the terms that accompany it.” Id. at 575….

Plaintiff States allege that the citizens they represent face a comparablely substantial risk Harm: Their federal tax burdens and the value of their houses will increase, respectively.  They will lose their jobs. Plaintiff States specifically claim that their  The federal tax increases will cost taxpayers hundreds of millions more. relative to the amount they would have received if Congress had enacted 2017 Tax Act without the cap….” These claims are believed to be true by us. Assume, without making a decision that coercion claims under the Tenth Amendment are valid Sometimes injuries can occur to citizens, not to the state itself. Yet even We conclude therefore that Plaintiff States failed to allege plausibly that  They are suffering injuries that could be considered coercive. Correctly, the district court.  The Plaintiff States made an inexcusable comparison between the two. Federal tax obligations for taxpayers under the 2017 Tax Act. Hypothetical version of the 2017 Tax Act that does not include the SALT deductibility cap. This hypothetical tax bill would show the federal tax burden for taxpayers. This hypothetical does not reveal the actual financial consequences of the SALT cap on 2 taxpayers in the Plaintiff States. Even if this comparison was instructive, it is not enough to show the actual cost of 3 taxpayers compared to the threat of deprivation for 104% of the States’ budgets. NFIB

It is true, in so far as it matters. The coercion argument might have been dismissed for more important reasons. The Supreme Court has established that the “coercion” doctrine applies to only conditions attached to federal grants made to local and state governments. This does not include tax deductions or grants given to private individuals, like the taxpayers here. Subventions and tax deductions that are given to private entities can have an impact on the state’s finances. However, this standard could be used to determine if any significant shift in spending or tax policy by the federal government “coerced” states. The state government will have less revenue if the congressional Democrats succeed with their attempts to significantly increase individual and corporate income taxes rates. This is especially true for those who are dependent heavily on tax from high-income people.

In second, coercion rules only apply in situations when states must comply with federal regulations to receive grant money. You can find out more about the coercion rule here. NFIBIn order to maintain federal Medicaid funding, they would have to expand the number of eligible beneficiaries for Medicaid grants. You can read the full article here South Dakota v. DoleThey were also required to increase their drinking age from 21 to prevent a decrease in federal highway grant funding in 1987.

The SALT tax case is different. There are no conditions that could force state policies to change. The tax deduction cap applies no matter what the state governments do. If the situation is similar to NFIBAt the end of the day, it seems as if Congress has decided to decrease the Medicaid funding to the states without creating any new conditions for recipients. A cut to a grant, or in this instance, a tax deduction can’t be considered coercion if it doesn’t put any new conditions on the states. Congress could not make major cuts in federal grants to states. It might even be prohibited from eliminating tax deductions which have an impact on the finances of state governments.

There are many flaws to the case of the plaintiff states. It is unnecessary to go on beating this nearly dead horse. Jonathan Adler points out that the state could petition the Supreme Court for certiorari or an en banc hearing in the Second Circuit. However, it’s highly unlikely that either one of those efforts will succeed.

The plaintiffs from the blue states have some consolation in that their counterparts from the red side of the aisle are now able to bring even more ridiculous cases. This includes the Texas Turkey case, which seeks to reverse the outcome of the 2020 elections. But the bad behavior of red states doesn’t justify that of the blue ones—or vice versa.

While the SALT tax  lawsuit is probably dead, the effort to repeal the 2017 cap may not be. Many Democratic Members of Congress tried to make abolishing the cap conditional on the passing of the huge reconciliation spending bill of the Biden Administration. These efforts may not succeed.

As it stands, I regret that Prof. Grewal will not be allowed to show us the entire video of him “eating each page” of the Internal Revenue Code. Tabasco sauce is a great accompaniment to tax code!