Russia’s natural gas exports to Germany have been drastically cut as a punishment for its support of Ukraine during its invasion. Germany used to get 55 percent its natural gas from Russia prior the war. Germany shut down excellent nuclear reactors, which could have helped make Germany less dependent on the Russian President Vladimir Putin. Germany was home to 17 nuclear power stations before 2010. In panicked response to Fukushima’s nuclear meltdowns of 2011, however, the German government closed all 17 operating nuclear power plants.

It was not smart to leave the country dependent upon Russian natural gas. Let’s look at how Germany’s primary energy use has changed over the past 15 years.

Natural gas and nuclear energy accounted respectively for 11% and 22% of Germany’s primary energy use in 2009. 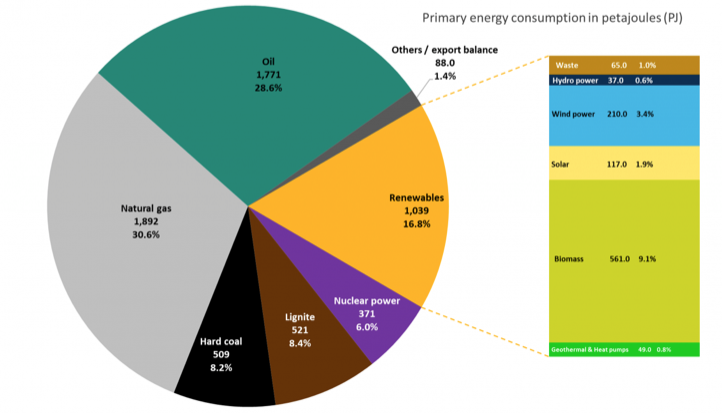 German officials announced in June that they would reduce natural gas use to create electricity. This was to preserve it for winter heating. Germany had 25 percent electricity from nuclear power in 2009; this figure has dropped to 12 percent by 2021. In 2021, however, natural gas was still burning at 15%.

Germany’s final three nuclear power plant were to be shut down in the new year. But, after a late outburst and a lot of reason, the German government decided that they would remain open until then.