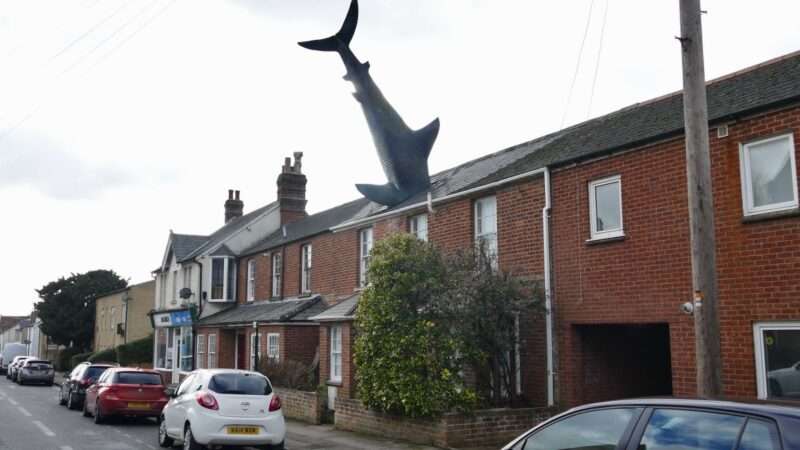 Bill Heine created a sculpture depicting a 25-foot-long shark falling through the roof of his Oxford house in order to express anti-war sentiments. Magnus Hanson Heine, his son, stated that he did not get approval from local planning officials because he believed the government shouldn’t be allowed to determine what art should be seen. After years of trying, the council finally got it taken down. The local council decided to make the shark a protected landmark. This was against Hanson Heine’s will. Hanson Heine still owns and controls the house. Hanson-Heine stated that “using the planning apparatus in order to protect a historic symbol of planning law defiance seems absurd.”