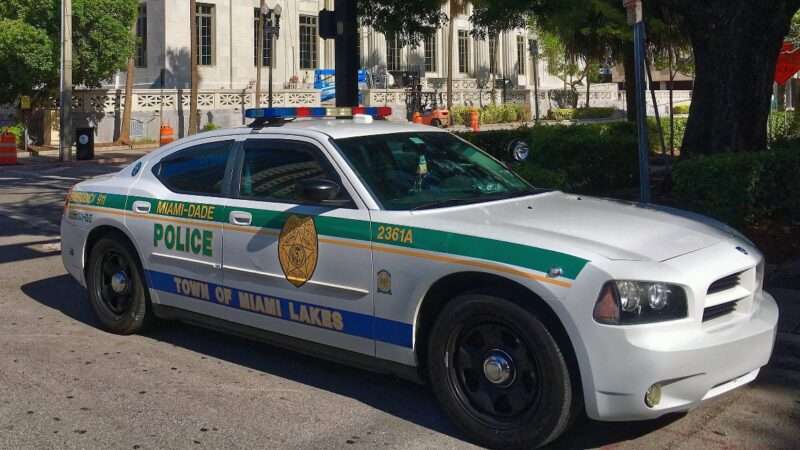 Alejandro Giraldo is a Miami-Dade County officer who was found guilty of felonious battery and misconduct. He had been arrested for the arrest of Dyma Loving, a victim of an assault by a neighbour. Giraldo shoved Dyma Loving against a fence and then handcuffed her. Loving was later cleared of charges for disorderly conduct, resisting arrest with violence. According to the prosecution, Giraldo had incorrectly reported that Loving was “causing trouble” and “uncooperative”.

Reason.com’s Brickbat: Out Of Control was first published on Reason.com.