We’re at the forefront of There are reasonsThe annual Webathon is the week when we invite our readers to donate tax-deductible money. There’s currently a match-off offer, where every dollar that you donate magically becomes twice as big, because of generous donors who wish to boost our fight for “Free Minds and Free Markets.” You can see all the prizes associated with various levels of giving. 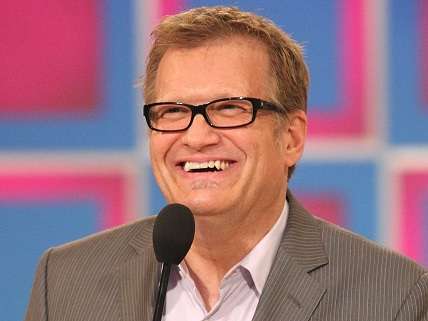 Our award-winning, unrivaled video platform is one of the most important things that your donations help. Launched in 2007, Reason TV is the brainchild of TV legend and You Pay the Right Price host Drew Carey, who sits on the board of trustees of Reason Foundation, the nonprofit that publishes this website. Drew was interested in documentary filmmaking, and in an era of cheaper cameras, editing software, and growing online distribution, encouraged us to explore video. This happened years before any other publication considered that we should “pivot” in this direction. He said that while our magazine and website did a great job in promoting principled libertarian principles for maximising freedom, video could attract new audiences and provide us with a new platform through which we can make the case. Drew has produced over 12 documentaries, one of which is the award-winning hourlong documentary. Reason saves Cleveland with Drew Carey: Fixing the Lake Mistake and Other Once-Great American Cities

Now, fourteen years later, Reason TV continues to grow stronger than ever. Our YouTube channel has seen almost 150 videos, which have been viewed over 39.5 millions times. This is in addition to the many million of views that we received on Facebook, Instagram and Twitter. There are reasons‘s website). Reason TV has generated more than 233,891,458 YouTube hits since its inception. We also have 727,000 subscribers. This is more viewers than the people who live in Washington, D.C.

This is the most popular video we have ever seen, “This LA Musician Built $1200 Tiny Housings for Homeless People”. “Then The City Seized them” is a powerful example of the power of video in telling the stories of the abuses of power. Justin Monticello tells of Elvis Summers who was a good-looking mohawk-wearing man whose brilliant solution to an ongoing urban issue was blocked in his second-largest country.

Also, we produce funny, fall-down parodies like “Libertarian PBS,” that was released earlier in the year. It features favorite Remy and Andrew Heaton as well our dynamic comedy duo Austin Bragg, Meredith Bragg.

There are also the deep interviews that we conduct with top thinkers, writers, activists, and mavericks, such as Carl Hart at Columbia University. Drug Use for Grown-UpsThe conversation about prohibition has been radically changed.

You get a glimpse of our work at Reason TV every year. Over 3,000 videos are in our video library. They cover everything from crypto and bitcoin to Second Amendment rights, the military-industrial complex to civil liberty and speech rights to fierce defenses of capitalism.

Making videos is something we love and they turn out to be quite easy for us. Thanks to your contributions, we have been able reach millions more viewers than we would have otherwise. We are grateful for all of your contributions. Next tax-deductible donation—which will be doubled because of generous matching grants—will allow us to reach even more people in the fight for “Free Minds and Free Markets.” Video is also one of the best ways to reach younger people—54 percent of our YouTube audience is under 35!—with libertarian ideas about politics and culture.

Go here to support the cause of a libertarian society.